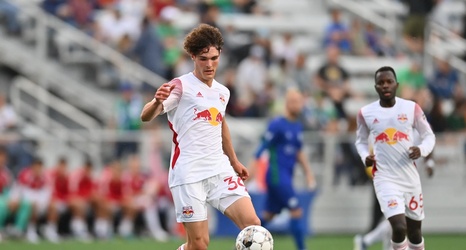 If one was hoping New York Red Bulls II to honor what will be its final season in the United Soccer League structure with a repeat of the 2016 run to the title, they’ve been greatly disappointed. 15 games through the second division season, the Baby Bulls sit at the bottom of the USL Championship with only 6 points. It’s clear barring an incredible turn of form that this team is not going to be competing for a playoff spot — so why is this reserve team season being viewed as a success by the club?

“I consider myself a player developer more than a coach,” says Gary Lewis, the Englishman who took over as Red Bulls II manager this past winter after the departure of John Wolyniec, the only head coach in the modern history of the club’s reserve program.