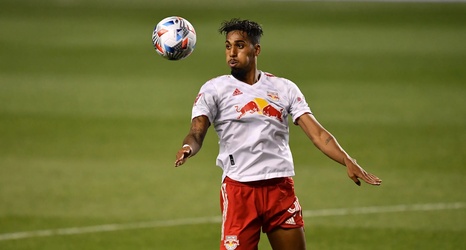 In a move that clears up what had become a mild question mark in recent weeks as the deadline of his initial deal approached at the end of the month, New York Red Bulls announced on Thursday that they had extended the loan of striker Fábio Gomes Netto for the remainder of 2021.

Even while having yet to score a goal in Major League Soccer, Fábio has impressed in the opening weeks of the season. The 6’4” Brazilian with a bright smile has cut perhaps the most distinctive figure of any of New York’s winter signings and has been crucial to passages of success for the team in the early weeks.