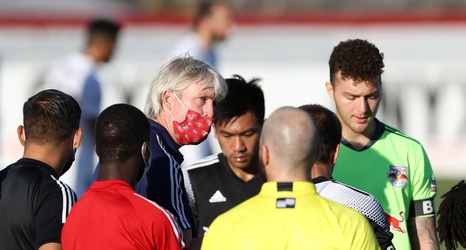 It is has been a busy time for young players in the New York Red Bulls youth system. Red Bull II is up and running in USL Championship play as is the U-23 team in League Two. On the academy front the much-anticipated New York Academy Derby saw positive results for the Red Bulls over an emerging local rival.

It has been an interesting start for the Baby Bulls as they have juggled a bunch of moving parts while trying to find some continuity. However, it appears they are starting to put it all together with a 2-1 win vs Loudon and a come from behind 2-2 tie vs Charleston.