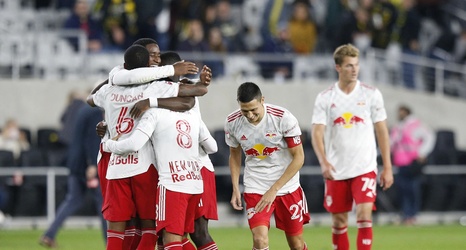 After a stuttering summer that attracted doubters, the New York Red Bulls have thoroughly corrected the record on their 2021 season.

Gerhard Struber’s men won their fourth straight game and extended their unbeaten streak to eight after a 2-1 win over the Columbus Crew in Ohio on Saturday night. Yet another early Cristian Cásseres goal was cancelled out by a Miguel Berry finish for Columbus before the half. Patryk Klimala missed a potential game-winning penalty attempt before assisting Sean Nealis for the second goal minutes later to send the Red Bulls back into the thick of the Eastern Conference playoff picture.