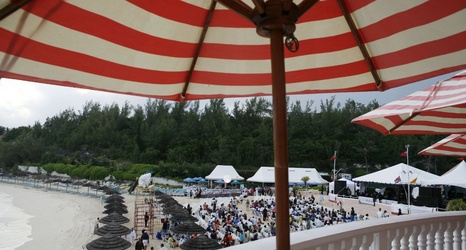 It isn't often that the New York Red Bulls sign a player who has an entire country behind him, but that would seem to be the case with Zeiko Lewis: 17th overall pick of the MLS SuperDraft, Boston College standout, and a player for the Bermuda men's national team. When RBNY picked Lewis on Draft Day, Bermuda noticed.

As did many prominent Bermudians. Including former Manchester City striker Shaun Goater...

Congratulations @babypinkz91 Do your family and country proud. You've been drafted because your good now show the world.