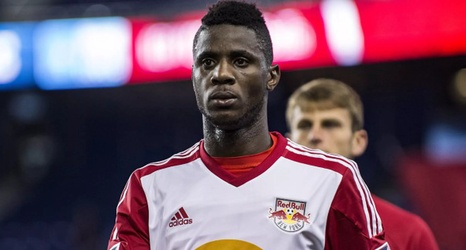 MILLBURN, N.J. – Less than 24 hours after the New York Red Bulls exercised his contract option for the 2019 MLS season, Anatole Abang was arrested in the early morning hours of Dec. 5 for possession of marijuana and drug paraphernalia.

The charges carry a mandatory court appearance, and a record on NJCourts.gov details that the 22-year-old forward is scheduled to appear in court on Feb. 26.

According to a public report, Abang was one of two arrested and handed summonses after the car in which both were traveling was stopped on South Orange Avenue.