A Couple Or Three Things: tactical test from Toronto 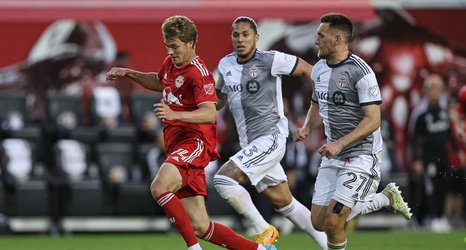 After the New York Red Bulls eased past Toronto FC 2-0 last night despite a rash of injuries and suspensions, Once A Metro editor Ben Cork offers a couple or three things to think about after perhaps the team’s most complete performance of 2022.

The team needs a striker up top, and sometimes that striker is Tom Barlow

In what Gerhard Struber described as a “special situation” given the suspension of Patryk Klimala, the continued fitness struggles of Ashley Fletcher, and the birth of Tom Barlow’s twins, he rolled out a Luciano Spalletti-at-Roma style striker-less formation in the first half against Toronto.