A Couple Or Three Things: attacking struggles return to the fore in Cincinnati draw 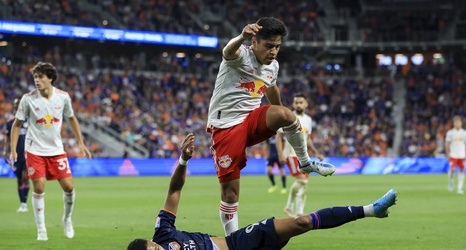 The New York Red Bulls are still technically on top of the Eastern Conference after a 1-1 draw against FC Cincinnati. But Saturday’s result was another precarious one that exposed some of the flaws and wrinkles still apparent in this New York side. OaM editor Ben Cork tells ya couple or three things we learned as the Red Bulls continue to have slight stutters in their approach to the top.

On Saturday, against one of the league’s worst defenses playing with ten men for much of the second half, the Red Bulls created very little danger.