What’s the future for Ty Ronning? 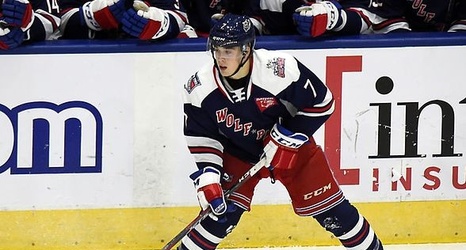 When the New York Rangers drafted Ty Ronning in the seventh round of the 2016 NHL Entry Draft, the selection was met with low expectations. He was all of 5’9″ and 176 pounds, small by NHL standards and he had been a decent player in the WHL. Ronning followed up with a spectacular season 61-goal season as an overage player with the Vancouver Giants and the hope was that they had found a diamond in the rough.

Ronning’s first pro season didn’t start as well as he might have hoped. He played in his third straight Traverse City prospects tournament and came to training camp with high expectations.