What David Quinn thinks is holding back Rangers’ Brady Skjei 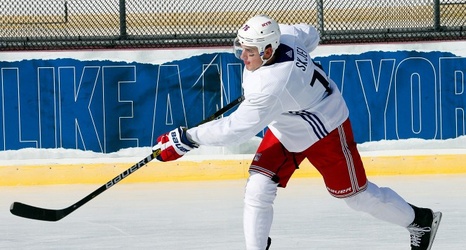 A lot has changed for Brady Skjei in just one year.

But when coach David Quinn told the 25-year-old defenseman that he wouldn’t be dressing for the Rangers’ Thursday matchup against the Hurricanes, Skjei eerily found himself in the same position he was in around this time a year ago. However, though his struggles with consistency have carried over from last season, it’s worth noting that Skjei’s role with the Rangers couldn’t be more different.

Last year, Skjei — selected by the Rangers with the 28th-overall pick in the 2012 draft — was one of the youngest defensemen with the likes of Adam McQuaid, Cody McLeod and Kevin Shattenkirk anchoring the Rangers’ back end.