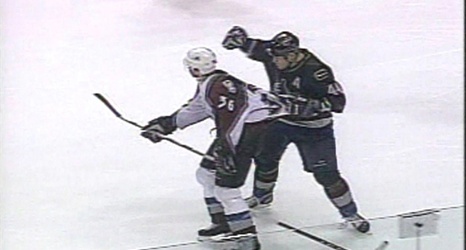 The NHL has done a decent job over the years limiting and controlling cheap shots. I’m not talking about illegal hits to head, or dangerous hits from behind, because there’s plenty of work to do there. A cheap shot is an intentional dirty play and here’s a few of the worst I’ve ever seen.

Ulf Samuelsson had a reputation for being a dirty and mouthy player long before he became a Ranger. Still, in 1995 former Blueshirt enforcer Tie Domi took matters into his own hands after Samuelsson hooked him near his face and added a verbal jab.