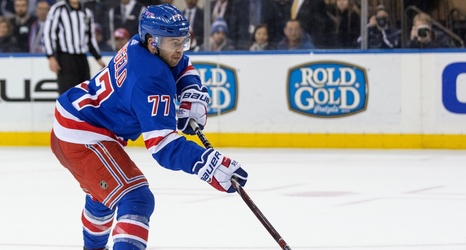 Busy morning for the Blueshirts.

The Rangers announced Friday that restricted free agent defenseman Tony DeAngelo ended his holdout, signing the one-year, $925,000 that had been on the table for a while. It is the same deal that another restricted free agent, forward Brendan Lemieux, signed in the lead-up to training camp.

DeAngelo was not yet with the team, but was expected to join them soon.

Longtime defenseman Dan Girardi, a staple on the backend for the team’s run to three conference finals in four years, announced his retirement.

The Rangers made four cuts before the second preseason game on Friday night against the Devils in Newark: Brandon Crawley, Jake Elmer, Vincent LoVerde, and Darren Raddysh were assigned to training camp for AHL Hartford.