To Trade or Not to Trade: Brendan Smith 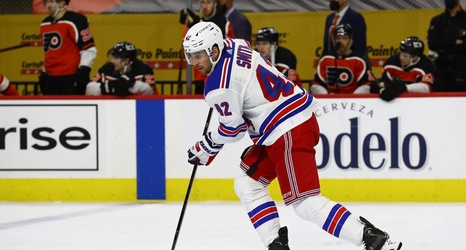 The 2021 NHL Trade Deadline is today at 3 p.m. ET but the New York Rangers have not made any moves as of yet. It has been quieter than in previous years, perhaps the reason being that the Brendan Lemieux trade was their big move before the deadline. But with only mere hours left, there is one player whose future as a Blueshirt can really go either way.

According to Marisa Ingemi of NBC, Brendan Smith “might be their easiest player to move” as he is approaching unrestricted free agency this summer and could be a good trade piece moving forward.