The Return of Jimmy Vesey 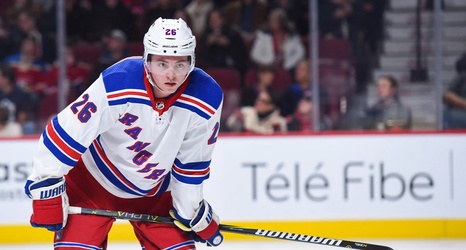 The Rangers have made another move adding more depth and flexibility to the bottom half of their roster. This time the player they’re bringing in is a familiar face.

While it may have only been six years ago, the Jimmy Vesey sweepstakes feel as if they’re from another lifetime. The Rangers signing the young winger out of Harvard University felt like an enormous win for the team in 2016. Nowadays, it’s almost impossible to identify or truly remember this feeling when our best prospect at the time was Brady Skjei. Don’t get me wrong, the team found a way to draft players that have developed into impact players or even legitimate NHL stars (Igor Shesterkin and Pavel Buchnevich) but our cupboard was running dry as the Rangers had made consecutive deep postseason runs and traded many of their recent first-round picks.