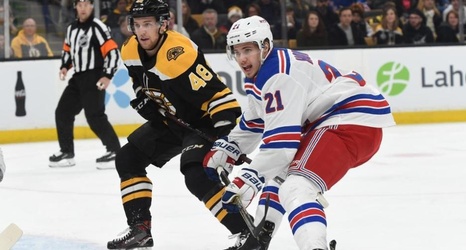 One theme of the Rangers rebuild has been getting the prospects time with the top-nine forwards. It’s a pretty fair expectation, especially with the prospects that are/should be here for a while. Kaapo Kakko, Filip Chytil, and Brendan Lemieux (yes, Brendan Lemieux) should be getting that top-nine time. They are going to be here for a while, and they need to be put in spots to succeed. But that’s only three kids and 75% of the lineup.

As of today, the fourth line has consisted of some combination of a journeyman fighter, a pair of 4A guys, and a defenseman on the wings with one of two young prospects as the center.