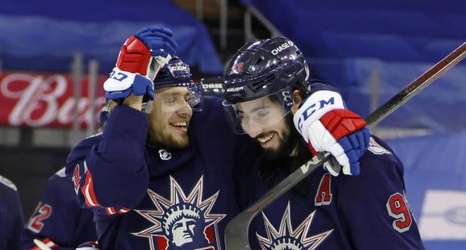 Artemi Panarin scored two goals and added an assist to lead the New York Rangers to a 4-0 victory over the New Jersey Devils. The Blueshirts started the game hot as they scored three of their goals in the first period.

Igor Shesterkin shut out the Devils for the second game in a row, stopping all 16 shots. This was the first time that a Ranger goaltender has shut out a team in two consecutive games since it was last done in 1955.

Ranger nation was a little worried when the team announced that Panarin missed the morning skate due to maintenance.