The New York Rangers head to the Desert 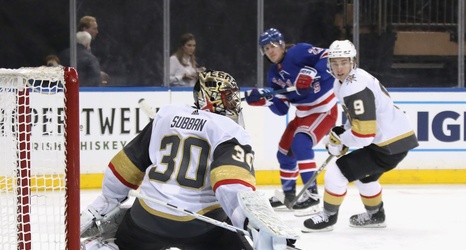 The New York Rangers saw the Knights six days ago at Madison Square Garden in a rough game that resulted in a 4-1 defeat. The loss to Vegas put a quick halt to the Rangers’ hot streak. Although playoff contention shouldn’t be ruled out quite yet, it was not a good look for New York, but now it’s time for a fresh start.

Against Vegas, the Rangers were outshot 28-19 after two periods. They were able to narrow the gap and get pucks on the net in the third period. Brendan Lemieux was the Blueshirts’ lone goal scorer while Alex Tuch netted two, Reilly Smith one, and Max Pacioretty sunk the last for the Knights.