The new look Rangers hoping for a rebound win 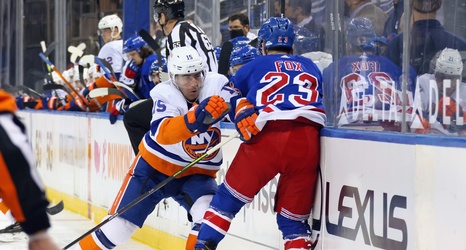 Yes, they are the new look New York Rangers. With Jacob Trouba, Brett Howden, Chris Kreider and Ryan Lindgren all sidelined, there could be seven rookies in the lineup tonight. That means Morgan Barron will make his NHL debut and Tarmo Reunanen will be playing in his second game.

The new look includes goal where Alexandar Georgiev will be tasked with beating the Islanders who have outscored the Blueshirts 10-1 in two all-important games.