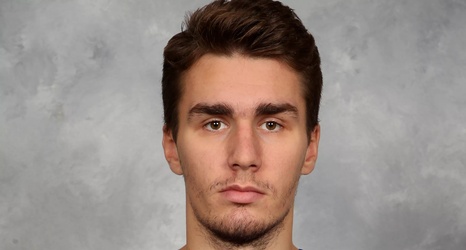 Last night was Yegor Rykov’s first competitive game since he played for Sochi in the KHL a little over nine months ago. The Russian defenseman was playing his first professional game in North America, using a North American rink as well as English terminology and communication. And, Rykov was seeing action for the first time since an ankle injury took him out of action for over two months.

Such massive heaps of rust and unfamiliarity would have completely excused Rykov had he struggled in his AHL debut with Hartford last night against Springfield. Instead, he played very well for the Wolf Pack and made a statement in the team’s 5-2 win.