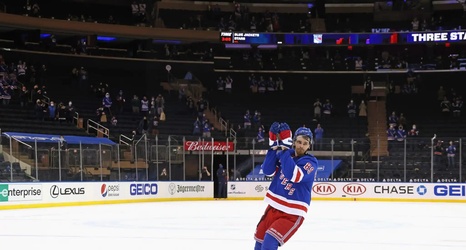 April 17th 2021, Pavel Buchnevich rang in his 26th birthday by scoring a hat-trick! The Hockey Gods helped the Rangers leading goal scorer at the time complete the feat with an empty-netter. Chris Kreider would add a second empty net goal right after and the Blueshirts skated out of MSG with a 6-3.

After the game Buchnevich was asked if a hat-trick was the best birthday present he ever gave himself. “Yes. Too bad it’s only one per year,” he said while laughing. His head coach was complimentary of him, noting Buchnevich’s 200 foot game and the amount of points he has without being on the top power play.