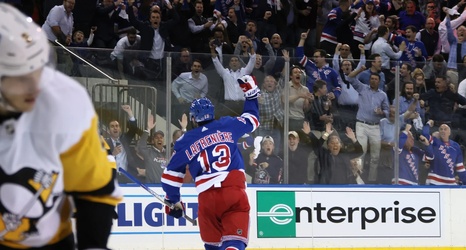 The New York Rangers, fueled by Alexis Lafrenière, Filip Chytil and Kaapo Kakko, kept their season alive this evening with a 5-3 comeback win at Madison Square Garden. The Rangers looked like dead men walking throughout the first half of this game, but a three-goal second period brought life back into the Garden and on the ice. Igor Shesterkin had quite the rebound in the crease, but at the same time, the Rangers as a whole were much better defensively.

It was a relatively quiet period for the Rangers in the offensive zone, as they were able to get on the forecheck, but it ultimately didn’t lead to many chances.