Rangers vs Hurricanes: Rangers Fall In OT In Game 1 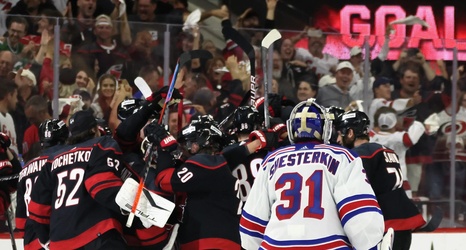 The New York Rangers were defeated 2-1 in overtime in Game 1 of the Second Round and fell behind in the series 1-o to the Carolina Hurricanes. The Rangers held a lead until the final two minutes of regulation with a late tying goal from Sebastian Aho. Ian Cole followed up with the game-winning goal just 3:12 into the overtime period.

The Rangers were able to jump out to an early 1-0 lead in this game as the Kid Line caused some problems for the Hurricanes.