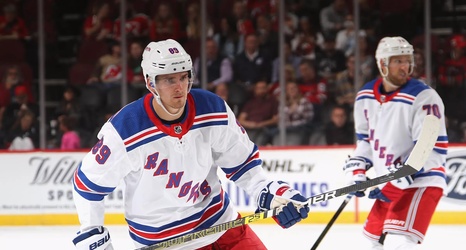 The New York Rangers dropped their third straight game of the preseason tonight as they were defeated 4-1 by the Philadelphia Flyers. Even though the Rangers didn’t play the greatest in the own zone tonight, they were at a pretty sizable disadvantage right from the start. Philadelphia elected to start pretty much their entire opening night roster while David Quinn opted for a very young lineup once again with roster spots still up for grabs.

The Rangers didn’t give up a goal during the opening minute of play tonight unlike the previous two games, so they started this game off with a minor victory.