Rangers vs. Capitals: Rangers Fall 5-1 in Opener to Washington 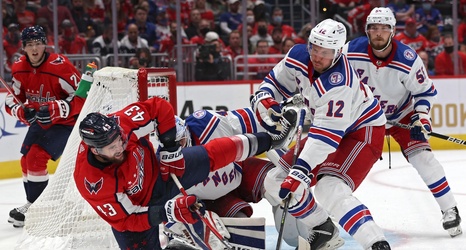 The start to the 2021-22 season didn’t get off to a great start for the New York Rangers as they fell by a final score of 5-1 against the Washington Capitals. New York controlled most of the play early in the game, but quickly fell behind as they allowed four unanswered goals, three of which came on the power play. Alexandar Georgiev got the surprise start in goal this evening, and turned aside 22 of the 27 shots he faced throughout the evening.

Despite the Rangers controlling the edge in play during the beginning of the first period, an early power play opportunity for Washington gave them the lead.