Rangers vs Canadiens: Rangers Give Up Late Goal, Lose 2-1 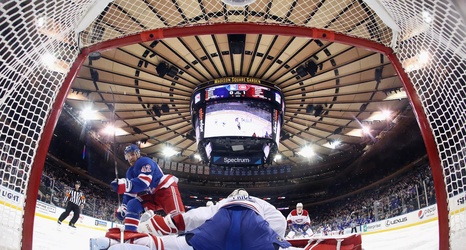 Coming off a poor effort in Columbus in which Alexandar Georgiev undeniably stole two points for the Rangers, one might have expected the Rangers to come out on the second leg of a back-to-back with tired legs and post a similar lackluster showing. Instead, they played a fairly respectable game for the first 59 minutes more or less matching Montreal in tempo. However, the Rangers struggled to create many shots on net against a rigid Montreal team and were punished severely for a few isolated mistakes, including one late in the third period.

The Rangers had a solid period, recording 20 shot attempts to the Habs’ 16.