Rangers vs. Bruins: Heave-Ho, Blueshirts Make It Three in a Row 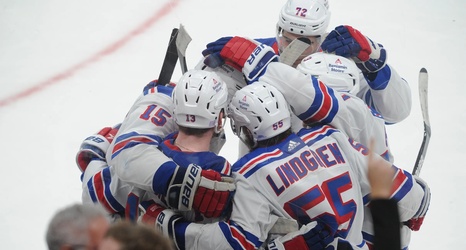 For the first time since 1965, the New York Rangers defeated the Boston Bruins in a game played on Black Friday. In 2019 the Bruins defeated New York 3-2, in 2015 they won 4-3, and in 2013 won 3-2. Today’s 5-2 victory was an impressive statement by the Blueshirts, and was punctuated with three goals in the third period after the two sides entered the period deadlocked at 2-2.

The victory was New York’s 13th of the season, their 28th and 29th point of the season, and the team now sits fourth in the NHL with a points percentage of .