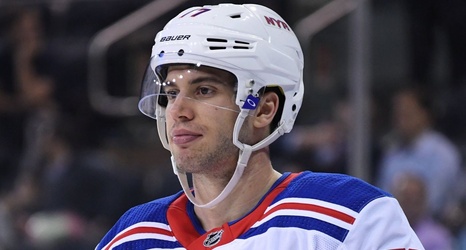 The Rangers signed their final restricted free agent on Friday morning, agreeing to a deal with defenseman Tony DeAngelo.

The team did not release terms of the deal, but TSN's Frank Seravalli reported that the deal was the same one-year, $925,000 qualifying offer signed by fellow defenseman Brendan Lemieux last week.

DeAngelo was unable to participate in training camp while unsigned.

The 23-year-old righthanded-shooting defenseman had four goals and 26 assists in 61 games last season, and his 30 points led all Rangers defensemen. He has four goals and 34 assists in 93 career games in two seasons with the Rangers.