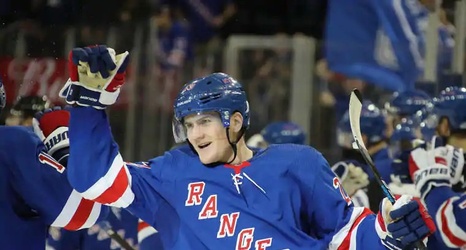 New York Rangers defenseman, Adam Fox surprised the NHL with a successful rookie campaign under the lights on Broadway. In season number two, he needs to find a way to avoid the dreaded sophomore jinx so many before him have experienced.

When the now 22 year-old Fox was traded to the Blueshirts from the Carolina Hurricanes, many fans and NHL players for that matter, didn’t know much about the Harvard University player.

He began turning heads early in his first season by surprising many with his poise and hockey IQ. Fox also did so playing in front of the toughest fans throughout the hockey world.