Rangers Roundup: Remembering “The Ranger” and a message from the future captain 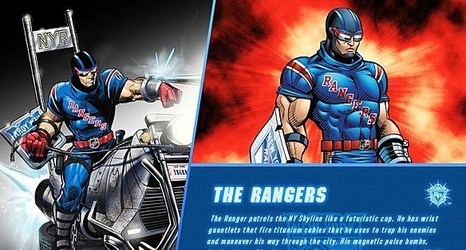 Superhero movies have exploded and dominate the Hollywood landscape in recent years. The NHL saw that coming way back in 2011 and teamed up with Marvel on The Guardian Project. Leading up to the All Star Game in North Carolina, they released a hero for each NHL team. While some were cool like The Shark, others like The Penguin were terrible.

The Ranger was revealed as a futuristic old time ranger from Texas. For those who don’t know how the Rangers got their name, the first owner was Tex Rickard and his hockey team was affectionately known as Tex’s Rangers.