Rangers Roundup: Fans pick Lafreniere as next face of franchise, and Kravtsov scores…again! 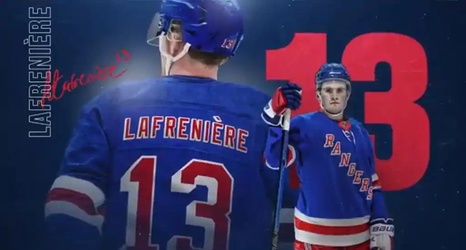 Yesterday I brought up the topic of who the next “face of the franchise” will be now that Henrik Lundqvist has moved on. Based on several criteria which included longterm future with the Rangers, ability to perform at a high level, and character/personality, I came up with four candidates.

Then I put these names into a poll and had over 2000 votes. Here is how Rangers fans decided.

Alexis Lafreniere selected the next “Face of the Franchise”

The fire and ice winger, captain of Team Canada, CHL All-Stars, and the Rimouski Oceanic took this one hands down.