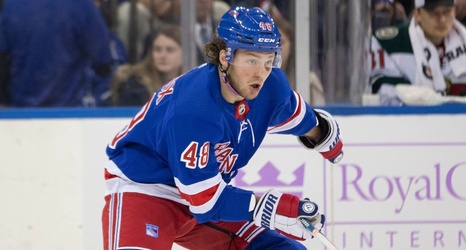 While we wait to see what happens between the Rangers and Ryan Strome, there’s another RFA as well. Brendan Lemieux is likely waiting for that domino to fall before inking a new deal.

Larry Brooks recently wrote about the topics of both Lemieux and Strome. With regards to the rugged winger he wrote:

I would envision Lemieux receiving somewhere in the neighborhood of $1.75M to $2M on a two-year arbitration award, off a career in which he has 36 points (19-17) in 131 contests. Jordan Greenway, Minnesota’s 23-year-old winger who played for David Quinn at Boston University and about whom the Blueshirts have inquired more than once, recently signed a two-year deal with the Wild at $2.