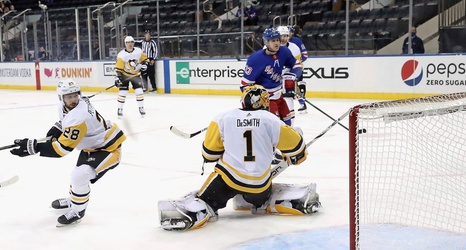 Rangers vs Penguins: The Blueshirts threw a Garden Party on 7th and 34th last night as the New York Rangers came out firing on all cylinders. Before they reached the 10 minute mark of the first period they already had a 3-0 lead. The scoring didn’t end there for the home team either as eight different players tallied in this contest.

The Rangers were led by Artemi Panarin who scored four points (1G, 3A) to pace the team. His 40 points over just 27 games has him ranked only behind Connor McDavid in points per game 1.