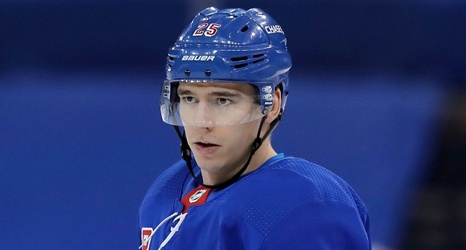 Defenseman Libor Hajek’s two-week conditioning assignment to AHL Hartford expired and the Rangers recalled the 23-year-old Czech from the minors before Sunday’s game against the Buffalo Sabres at the Garden.

"He hadn't played,’’ Gallant said of Hajek, who agreed to go to Hartford. "He went down there and worked hard. He had some games under his belt, so we'll see where it goes.’’

Hajek was not in the lineup against the Sabres, meaning he was scratched for the 13th time this season and still has yet to play a game for the Rangers this season.

In Hartford, he played five games, collecting two assists and six penalty minutes, and posting a plus-3 rating.