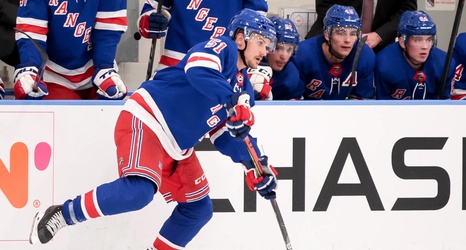 And then there were 42. The New York Rangers just announced that forwards Tanner Fritz and Austin Rueschhoff and Tarmo Reunanen have been sent down to the AHL, which leaves 42 players on the Blueshirts’ training camp roster.

This news comes just a day after the team cut prospects Matt Rempe and Karl Henriksson. Rempe was been assigned to the Seattle Thunderbirds (WHL) and Karl Henriksson — the Rangers’ second round pick of the 2019 Draft (58th overall) — has been sent to Frölunda (SHL).

There is no real surprise here but it is disappointing that Reunanen, who played four games with the Rangers last season, found himself on the chopping block this early.