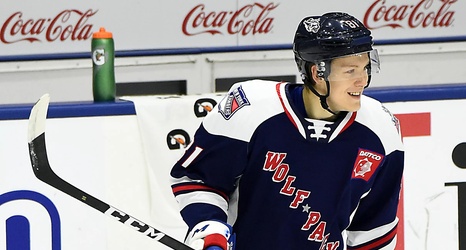 The New York Rangers have announced that the team trimmed seven players from its training camp roster, bringing the number of players in camp down to 48.

Francois Brassard, Ryan Gropp, Tom McCollum, Ville Meskanen, and Ty Ronning have all been assigned to Training Camp with the Hartford Wolf Pack. Furthermore, Nico Gross and Hunter Skinner have been assigned to their junior teams in the OHL (the Oshawa Generals and the London Knights, respectively).