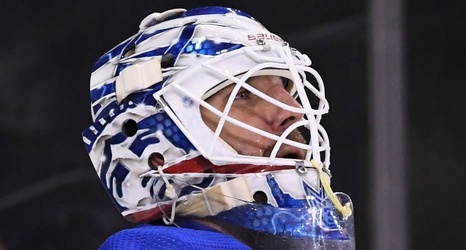 Rangers goaltender Henrik Lundqvist looks on against the Washington Capitals during the second period of an NHL hockey game at Madison Square Garden on Wednesday, Nov. 20, 2019. Credit: Kathleen Malone-Van Dyke

KANATA, Ontario — Henrik Lundqvist was back in goal Friday, when the Rangers visited the better-than-expected Ottawa Senators in the front end of their two-game weekend trip to French-speaking Canada that concludes Saturday in Montreal.

Lundqvist was starting his third straight game, and his first against the Senators this season, after Alexandar Georgiev started both of the teams’ previous meetings. And Lundqvist was taking his first crack at moving past Curtis Joseph and into sole possession of fifth place on the all-time list for goaltending wins.