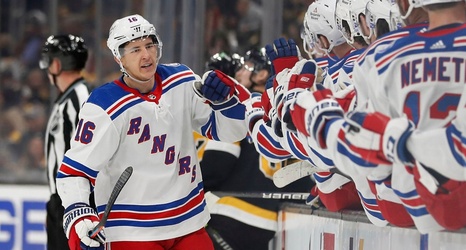 The Rangers' Ryan Strome is congratulated at the bench after scoring against the Bruins during the first period of an NHL game Friday in Boston. Credit: AP/Winslow Townson

Everything is going well right now for the Rangers, and the team is feeling really good about itself.

Should they be worried it’s all too good to be true?

"We're real happy with the way things are going today,’’ he said after practice Saturday, before the league postponed Sunday’s game against the Islanders at Madison Square Garden.