Rangers give up winning goal in final minutes, fall to Canadiens 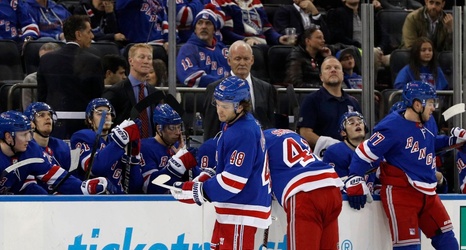 The Rangers react after the Montreal Canadiens scored a goal late in the third period at Madison Square Garden on Friday, Dec. 6, 2019. Credit: Jim McIsaac

It was a game to forget. One that required the Rangers remind themselves of the fundamentals – pace and spacing and structure.

No, not Friday’s loss to the Canadiens – though, to be sure, that stung plenty. The game David Quinn was referring to was on Thursday, in Columbus, when the Rangers won.

But that’s how things go sometimes in the NHL. Once in a while, you win games you should lose, and sometimes, a goal in the final minute of play means you lose a game you very well could have won.