Rangers give up late goal in tough loss to Canadiens 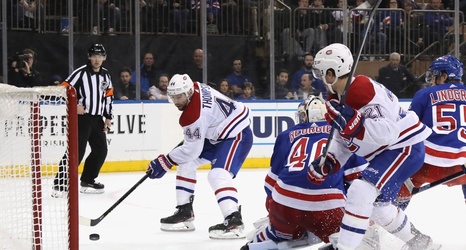 Friday, in the second half of the back-to-back, they got the other end of the stick.

The Canadiens broke a tie with 1:07 left in the third period when Nate Thompson tucked home a loose puck to hand the Rangers a 2-1 loss at the Garden.

Alexandar Georgiev had made a few big saves in the final minutes before Thompson struck, on a rush created by a Brendan Lemieux turnover, as the Canadiens’ late push paid off.