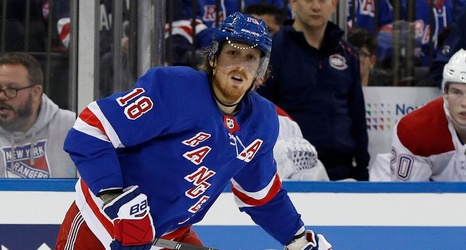 Marc Staal #18 of the Rangers skates during the first period against the Montreal Canadiens at Madison Square Garden on Friday, Dec. 6, 2019. Credit: Jim McIsaac

Defenseman Marc Staal returned to the Rangers lineup after a 13-game absence Friday night, a stroke of fortuitous timing after coach David Quinn said that rookie Libor Hajek would likely be out at least three weeks with what the team is calling a knee sprain.

Staal headlines a number of tweaks as the Rangers got set to take on the Canadiens at Madison Square Garden. Gregg McKegg, who missed six games with a lower-body injury, returned to the fourth line alongside Brett Howden and Brendan Smith.