Rangers among a dozen teams that contacted Columbus on Pierre-Luc Dubois, but they don’t believe he’ll be traded in the division 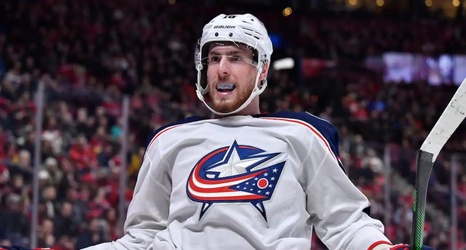 The New York Rangers are among 12 teams believed to have inquired about Pierre-Luc Dubois. Per Pierre LeBrun he lists the Rangers along with Anaheim, Minnesota, Montreal, Winnipeg, Calgary, Ottawa, Buffalo, Philadelphia, Detroit, Washington and Arizona as suitors.

Source: Rangers doubt Columbus will trade him within the division

I spoke with a well placed source that doesn’t believe the Jackets would trade Dubois to them or anyone else in the Metro. There is of course the possibility of realignment but at this moment, it’s expected divisions will revert to pre-pandemic set up.