Prospects in action and a promotion for Tarmo Reunanen 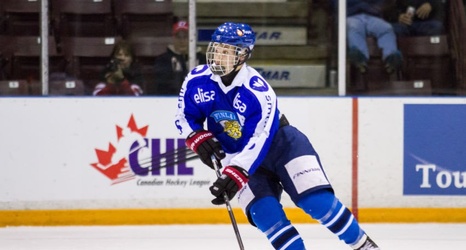 SARNIA, ON - NOVEMBER 02: Tarmo Reunanen #8 of Finland moves the puck against Canada White during the World Under-17 Hockey Challenge on November 2, 2014 at the RBC Centre in Sarnia, Ontario. (Photo by Dennis Pajot/Getty Images)

One day after there was some news about Vitali Kravtsov, he was in action in Russia as Traktor defeated Ak Bars at home, 2-1 in front of 2,987 spectators. The news, as reported by Larry Brooks, was that the New York Rangers will be letting Kravtsov play the entire season in Russia, before bringing him back to North America.