Post-Game 3 Thoughts: Some Positives and Negatives for the Rangers 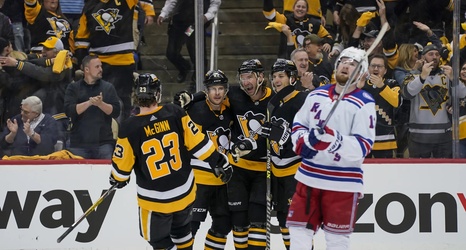 We’ve seen both the best and the worst of the New York Rangers in the first three games of their opening-round series against the Pittsburgh Penguins. There was the awesome start in Game 1, followed by the putrid second period in that same game. There was the great second period in Game 2, somewhat marred by Sidney Crosby skating through just about every Ranger on the ice before scoring late in that frame.

Then there was Saturday’s game in Pittsburgh, which featured an off-his-game Igor Shesterkin, some unfortunate bounces, a dominant second period, an inability to cash in on what’s normally an elite power play, and then a weak goal against that ultimately sealed the Rangers’ fate.