On June 7 in NYR history: A Calder Trophy for Brian Leetch 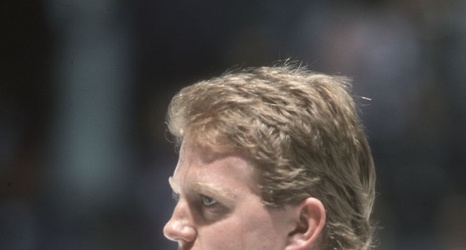 Brian Leetch #2 of the New York Rangers . (Photo by Focus on Sport/Getty Images)

On this date in 1989, Brian Leetch was named the winner of the Calder Trophy as top rookie in the NHL. It was close to a landslide with Leetch getting 286 vote compared to 206 for Vancouver’s Trevor Linden. Ranger teammate Tony Granato was third with 56 votes. Leetch got 42 of the 63 first place votes and we will always wonder who the sportswriter was who cast one first place vote for Granato.