On August 23 in Rangers history: Doug Harvey boycotts the Hall of Fame 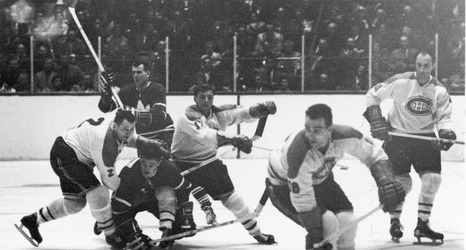 Canadian professional hockey players and Montreal Canadiens teammates Doug Harvey (#2) (1924 - 1989) and Dickie Moore (#12) attempt to block an opposing player from the Toronto Maple Leafs as a Canadiens player skates away with the puck during a game, late 1950s or early 1960s. (Photo by Robert Riger/Getty Images)

When a player is inducted into the Hockey Hall of Fame it is supposed to be a joyous occasion. It’s a huge honor and a chance for a retired player to receive the accolades that he deserves.