On April 14 in NYR history: The 1st Stanley Cup was a wild one 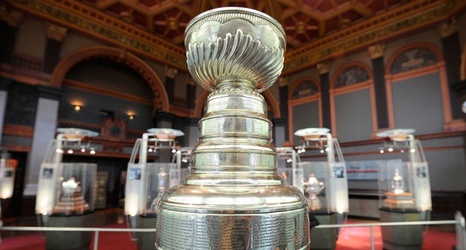 TORONTO, ON - JUNE 21: The Stanley Cup sits amongst the NHL trophies in the Great Hall of the Hockey Hall of Fame June 21, 2011 in Toronto, Ontario, Canada. (Photo by Frederick Breedon/Getty Images)

On this date in 1928, the New York Rangers won their first of four Stanley Cups. The Blueshirts won the Cup, defeating the Montreal Maroons in a best-of-five series. It wasn’t easy for New York. They had to defeat the Pittsburgh Pirates in a two-game Quarter-Finals and then they beat the Boston Bruins in another two-game Semi-Finals Series.