On April 10 in NYR history: Messier ties a record that Panarin may break (someday) 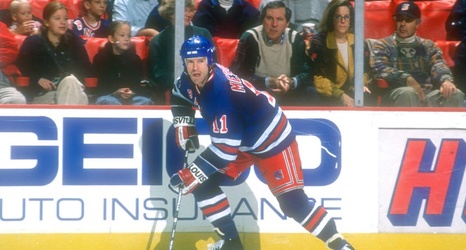 On this date in 1993, Mark Messier had two assists, getting helpers on the only two goals scored by the New York Rangers in 4-2 loss to the Pittsburgh Penguins. It was the 18h time that Messier had two or more assists in a game that season, tying a Rangers record that was held by his teammate, Brian Leetch, and Jean Ratelle.