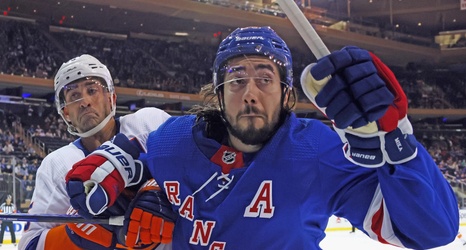 The New York Rangers made some big news this morning as they announced an eight year extension for center Mika Zibanejad.

As usual, per team policy, the terms of the contract were not disclosed but Larry Brooks had all the details of the extension. It as an eight year contract with an AAV of $8.5 million per year.

Since coming to New York during the 2016 offseason, Zibanejad has grown into the role of the Rangers’ 1C and a staple on the top power play unit. The Swedish pivot has put up 136 goals and 283 points over 323 games on Broadway cementing his status as one of the better centers in the league and quickly becoming a fan favorite in New York.