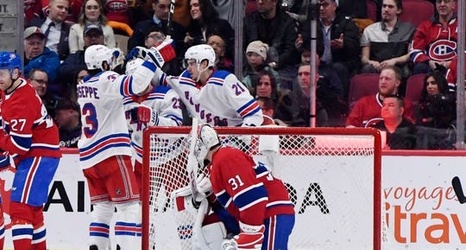 Per a graphic from SportsLine, the NY Rangers have the fifth highest odds to win the Stanley Cup in this summer’s playoffs.

My own spelling error aside, SportsLine has the Rangers at an 8.4% chance of winning the Cup. That’s a percentage point and a half ahead of the defending Stanley Cup champion St. Louis Blues. It’s also a full seven percentage points ahead of their play-in opponent Carolina Hurricanes.

At first glance it seems rather foolish. However after sleeping on it, I guess I see where they are coming from. The Rangers have three goalies capable of stealing a series or two if they get hot.