Nils Lundkvist Is Holding His Own For New York Rangers 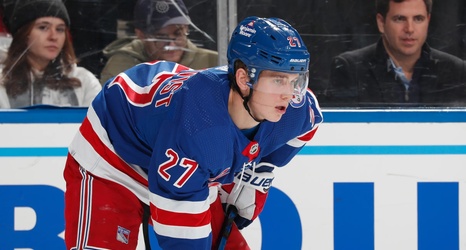 Nils Lundkvist is a player that both fans and the front office have been patiently waiting to see in the NHL for quite some time, and he’s now played in 15 games for the New York Rangers.

Lundkvist, selected 28th overall in 2018, saw his stock as a prospect rise playing for Luleå in the SHL, and it was notable when he made the Rangers’ roster out of training camp, bypassing a stint in Hartford. Expectations were high for Lundkvist considering how he dominated the past two seasons, and now is as good a time as any to check in on the Rangers’ 21-year-old rear guard.